Alright, so here are my two thumbnails and corresponding sketches for an editorial on plastic surgery
Pretty straight to the point idea. Passport photo doesn't look like actual person. did some sketches for the before and after shot. played with square vs circular head shapes whilst still keeping body proportions close. 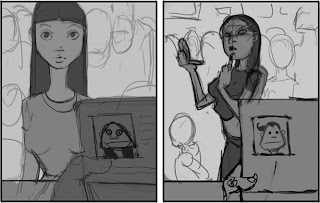 This was my first idea and eventually the one i went with. Image of a picture and frame. Parents did too much plastic surgery that the son doesn't look anything like them. Again, i tried to play around with circular and round versus square and angular shapes. 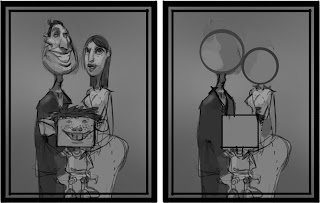 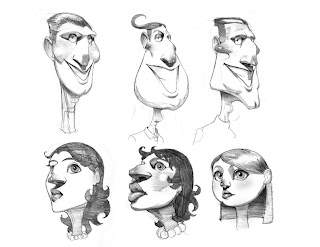 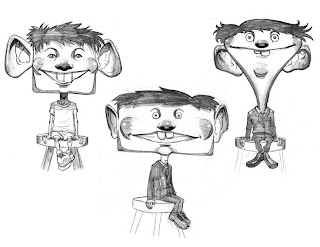 hahaha, interesting caricatures of he childrens!!!!!

all your ideas are always interesting and inspiring dude.