Here's a class assignment where we would create a bookcover for the novel "The Help." The book deals with racism in the south during the 1960's. A touchy subject matter thats usually hard to deal with just because of the sensitivity of the topic. I felt that the best way to tackle this was to make the image a metaphorical representation of what the book is about rather than a literal image of what it's about.
I wanted to create an image that has more of an emotional impact rather than a narrative one. anyways, here' are my thumbs. the red lines represent where the text is going to go. 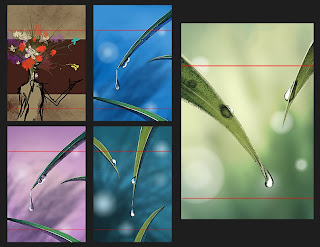 If that's the case, then perhaps the violence of the red and the statement it makes is the better of the two.